One World is excited to announce our 2020 summer theatrical camp, will be “Emperor’s New Clothes” presented by Missoula Children’s Theater (MCT). “Dress for success” is good advice that the Emperor takes whole-heartedly, wanting to impress new friends. But where to stop? When the clothes (and other people’s opinions) become more important than the people of the kingdom, trouble brews. To help their beloved Emperor find the way back to his heart, his true friends create an elaborate “birthday suit” for the Emperor to wear for his birthday parade celebration. The Emperor quickly and humbly learns that sometimes “less is more”!  At Camp One World, campers audition on Monday to determine roles, have a week full of fun activities and rehearsals, and on Saturday they perform in costume with lines, singing & dancing on the One World Stage! 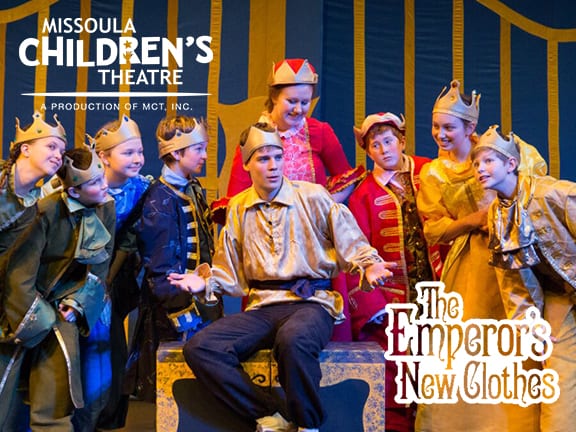 Ages 5-15 (must have completed kindergarten)