Music Camps That Will Rock Your Summer – Southpark Meadows

School of Rock SW Austin offers Summer music camps perfect for musicians of all skill levels who play guitar, bass, drums, keyboard, and vocals. Our music camps are about getting students together to have fun and build friendships all while building their music knowledge through individual and group instruction. School of Rock’s music camps offer an incredible selection of experiences from beginner music camps to intermediate and advanced sessions. Our music camps often include performance boot camps, artist-themed camps, songwriting and recording, and more—there’s a camp for every interest and skill level. Most music camps end with an epic live rock show performed by the campers.

Use promo code “AFM30” to get 30% off any Summer Music Camp at School of Rock SW Austin.

Looking for something fun to do this Summer Break? We’ve got you covered! Our camps are intended to teach music and build confidence, while helping kids get a taste of our year-around programs. This camp is designed for kids 10-16 years of age, who want to play music and perform live on stage in a fun and supportive environment. On a typical day campers will learn new song parts, rehearse with their band, and interact with our professional music staff and other talented young musicians. Campers will play a variety of songs, and perform live, on stage at the end of the session. Our theme for this camp – GRUNGE – will cover some of the music from one of our most popular regular season shows and include bands such as Nirvana, Soundgarden, Pearl Jam, Alice In Chains, Mudhoney, etc. Five-Day session, 9AM to 3PM, Showcase on last day of camp. Camp bands are set based on age and skill.

METAL METAL METAL! This is going to be our heaviest camp ever. For all of you guitarists who want to work out some downpicking endurance; drummers who are ready to play some double bass; bassists ready to build up some major callouses; and vocalists ready to reach new volumes: this camp is for you! Students will work exclusively on METAL songs that includes bands such as Metallica, Pantera, Slayer, Maiden, Priest, Sabbath, Motorhead, Avenge Sevenfold, Mastodon etc. The METAL Summer Camp is a super fun, immersive 5-day music camp, Monday, June 15th through Friday, June 19th, 9am – 3pm that will culminate in showcase on last day of camp for family and friends. Camp bands are set based on age and skill.

Come learn the music of the 60’s and 70’s rock icons such as The Beatles, Led Zeppelin, and the Rolling Stones in our Classic Rock Rewind Summer Camp. Students will work on exclusively CLASSIC ROCK songs during this five-Day session, 9AM to 3PM, with a Showcase on last day of camp for family and friends. In addition to the songs, students will learn about rock history and stage craft needed to perform on the stage. Camp bands are set based on age and skill.

The 90’s were one of music’s most important decades as a grunge and alternative music took over the airwaves and popular culture. Come celebrate bands like Nirvana, Pearl Jam, Green Day, Weezer and many more in our BEST OF THE 90’s Summer Camp. Students will work on exclusively BEST OF THE 90’s songs during this five-Day session, 9AM to 3PM. In addition to the songs, students will learn about the stagecraft needed to perform on the stage culminating in a Showcase on last day of camp for family and friends. Camp bands are set based on age and skill. 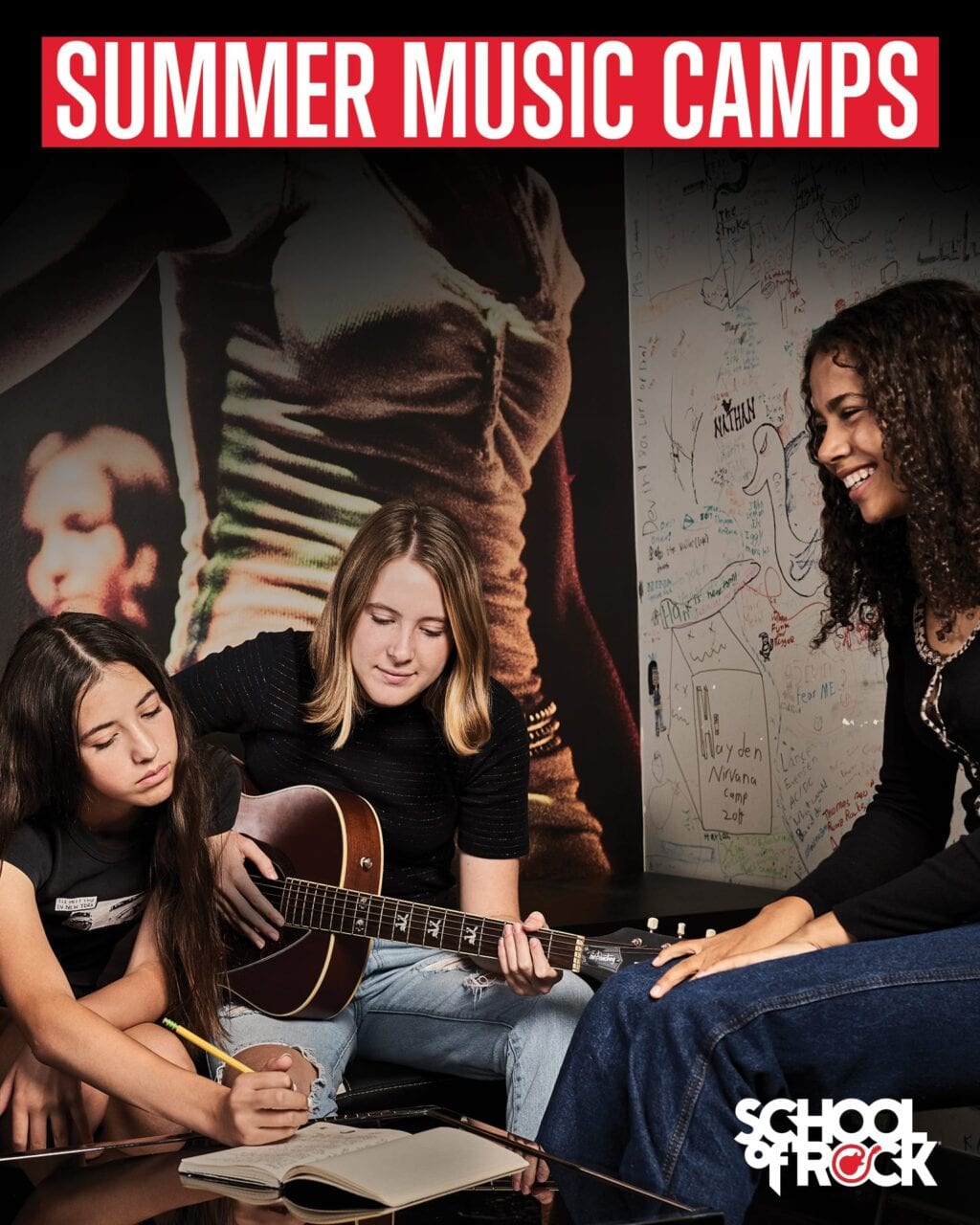 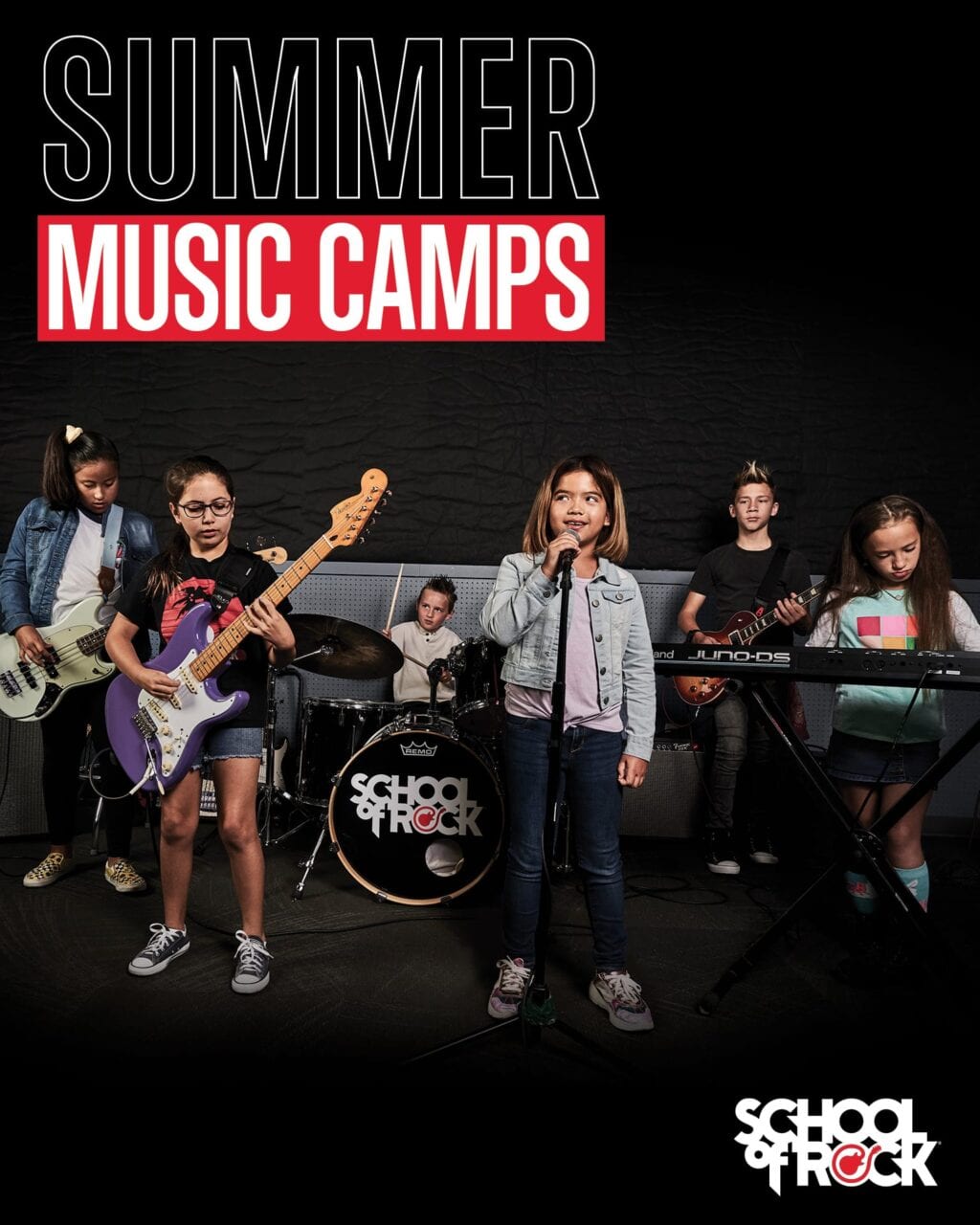