30 Years of Parenting In Austin 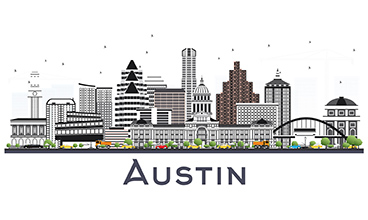 Austin Family is celebrating its 30th birthday! Looking back, I wondered what experiences our kids are having as they grow up in Austin that their parents or grandparents had. What things have changed? To find out, I asked three generations of native Austinites.

Growing Up in Austin

What Makes Austin a Good Place To Raise a Family?

These are some of the parents you’ll now find hitting the hiking trails with their families, seeking out swimming holes, and as Nicole Basham describes, raising their kids with memories of feeding ducks at Lou Neff Point, “spending time on the Great Lawn, going off their first diving board at Barton Springs and canoeing and SUPing on Town Lake” (renamed Lady Bird Lake).

The People
Another great reason to raise kids here “is just the people … we’ve got a lot of interesting people!” says Cynthia Lyon. Austinites describe their fellow city dwellers as a diverse lot.

Some appreciate the funkiness and artistic spirit of our weird city. Full of outdoorsy, friendly, helpful, accepting types who “just do their own thing,” parents feel that their children are pretty open-minded and tolerant as a result.

Walkability & Bikeability
How far you could get by your own leg power defined the old Austin. Grandpa Joe Majors remembers life in Hyde Park where “my only transportation was a bicycle. I only knew Austin if it was within bicycling distance.” Stith grew up in what was then the outskirts of East Austin. He recalls, “That portion of the city was like my world … the world seemed really small.” As Mills says, “For a kid, it’s all about how far it is to the nearest 7-11 to get a Slurpee.”

While the rise of traffic is leading many Austinites to stick closer to home, urban growth is causing an appreciation for the compact Austin of old and for the many local businesses and amenities that can
be reached by foot.

But this generation of kids is also involved in more organized activities, goes on field trips and explores by foot, bike, scooter, car and bus. They know a broader city.

Live Music
This is one area that the pandemic has sorely affected, but live music remains a huge draw for Austin families. Lyon remembers going to the Armadillo World Headquarters as a kid. Stith remembers paying his way into Marley Fest with canned food donations.

Both of their teens have attended multiple ACL Festivals. Lyon feels “proud that I was able to introduce my daughter to artists that she otherwise wouldn’t have heard. She went to see Stevie Wonder… Foo Fighters … Paul McCartney … How many people can claim that in their hometown?”

How Has Parenting Changed?

When asked what things parents fret over now versus what gave their parents grey hairs, talk centered around independence and technology.

“I longed to be with my friends outside or at each other’s houses,” says Dave Cardiel. His boys are happy to jump online with friends.

Stith and Cynthia Ayala can’t imagine their 10-year-old daughter wandering the town like they did as kids. Ayala admits, “We worry about her even when she’s out in the front yard alone!”

While their parents’ generation couldn’t wait to get a driver’s license the minute they turned 16, today’s kids have sat in enough Austin traffic they would rather steer clear of the roads. Their parents headed out with curfews and cruised to find that night’s party. Now, their kids connect over text, Discord, Snapchat, Instagram, TikTok and a number of other social platforms. They’re not caught sneaking out like their parents were. If anything, they’re sneaking the cell phones back to their rooms after phone curfews.

Mills notes that technology has helped his teens stay connected with friends in the pandemic. Yet nearly all parents I talked to wonder about the lasting impact that screens will have on their children’s attention spans, social lives and connections to the “real world.”

An Ideal Place To Live?

“What would make Austin an even more perfect place?” I asked. This question was met with long pauses. No one wanted to bash the city they love. “The summers?” grins grandmother Sandy Wing.

“A more robust transportation system,” Lyon offers, seconded by many.

“Affordability,” says Stith. Cardiel agrees, “If you want to buy more house, you have to move outside the city center.”

But the most earnest replies centered around “the rate of change,” as Mills put it.

Basham sees the benefits of raising her son in such a rising city. “Austin’s grown up in a lot of ways since I was younger. We now have so many options of things to do and places to go – and every week there is more!”

Kelly Malek Frink, a third-generation Austinite, laments the loss. “I love going to those places where my mom will say, ‘I came here when I was a little girl.’ Now so many of those places are gone.”

But she sees the same “Austin spirit” as alive and strong. As for the city’s growth? She sighs and admits, “It’s like saying, ‘I wish my babies would stay little.’”

Annette Lucksinger has lived in Austin for 22 years and is mom to two native Austinites. She is author of the local guidebook, Exploring Austin With Kids.