“Minions: The Rise of Gru” 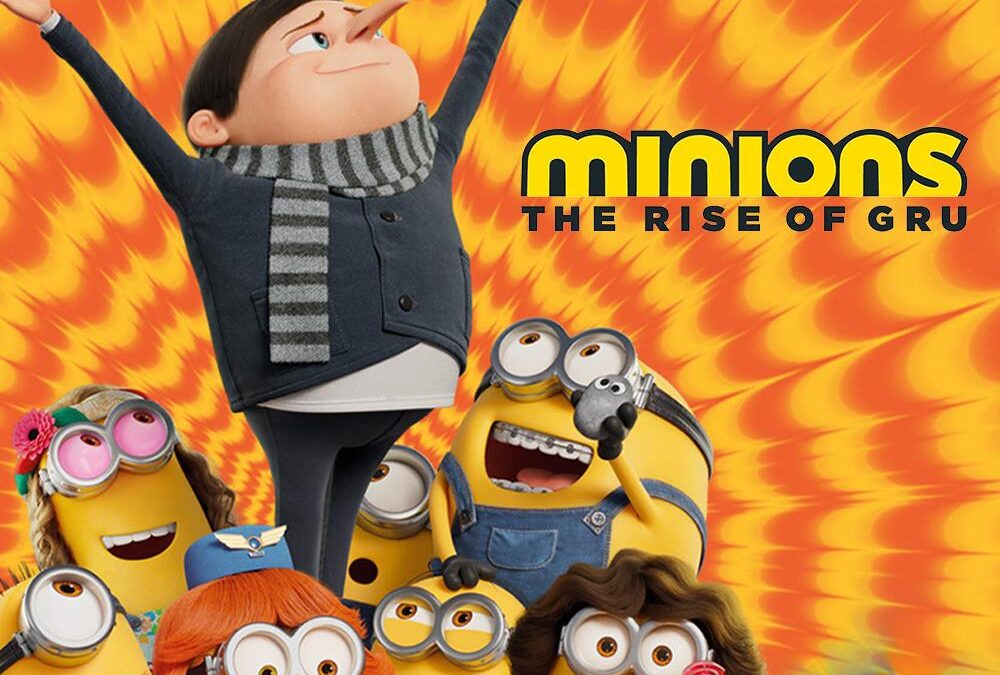 Many of the most critically-acclaimed animated films of the last several years have something in common – they deal with something “important.” Yes, they’re movies for children above all else, but they’re loaded with subtext, exploring everything from death to mental health to puberty.

And then there’s a movie like “Minions: The Rise of Gru,” which is, delightfully, about absolutely nothing at all. Physical comedy, nonsense humor and sight gags have been an integral part of cinema ever since the silent era, and it’s refreshing to see that level of silliness onscreen again. For all intents and purposes, the Minions are the closest we’ll get to Charlie Chaplin and Buster Keaton in the modern age.

Don’t get me wrong – there’s nothing inherently wrong with an animated film dealing with adult subject matter. Some of the finest animated films ever made have tackled weighty issues and made them palatable to a younger audience. But when this trope impedes on the film actually being enjoyable (as it did with Pixar’s “Turning Red” and, to an extent, “Soul”), then there’s a problem. “Minions: The Rise of Gru” sidesteps any ambition to be “important” by aiming simply for pure slapstick comedy. There’s no moral lecture to be found here – just a desire to entertain. And, for 90 straight minutes, I was laughing constantly.

“Minions: The Rise of Gru” picks up a few years after the events of 2015’s Minions. Gru (Steve Carell) is an aspiring teenage supervillain supported by a boatload of adorable yellow Minions (all voiced by Pierre Coffin). The teenage mastermind is determined to prove his worth to the Vicious 6, a group of supervillains who don’t take Gru seriously. After successfully stealing – and, thanks to one of the Minions, losing – the precious Zodiac Stone from the Vicious 6, Gru is subsequently kidnapped by Wild Knuckles (Alan Arkin), an ousted member of the Vicious 6 who wants the stone for himself. Now, it’s up to the Minions to rescue Gru and find the stone.

Along the way, the Minions get into all sorts of comedic hijinks, including (but not limited to): piloting a commercial jet airliner, learning kung-fu, and, near the end, performing an absolutely hilarious nonsense rendition of “You Can’t Always Get What You Want” at a funeral.

As with the original “Minions,” set in the swinging 1960s, this sequel also has a lot of fun with its period setting. “Minions: The Rise of Gru” is packed to the gills with disco-era 1970s period detail and music.

One thing that’s puzzling to me is the middling critical response to both “Minions: The Rise of Gru” and its predecessor. I’m not certain whether it’s related to the films’ lack of seriousness and dramatic weight or something else entirely, but there’s a dismissive quality to many of the reviews I’ve read – almost as if the movie is too “slight” for a full-out recommendation. As someone who proudly owns a Steelbook Blu-Ray of the first “Minions,” I have no reservation in highly recommending this madcap animated gem, and I will certainly be adding the sequel to my physical media collection when it becomes available.

“Minions: The Rise of Gru” is rated PG for mild mayhem, none of which is inappropriate for younger audiences. I’d recommend the film for ages five and above. It’s now playing in cinemas and available for rental on any VOD platform. Expect the film to become available on Peacock in the coming weeks, as well.