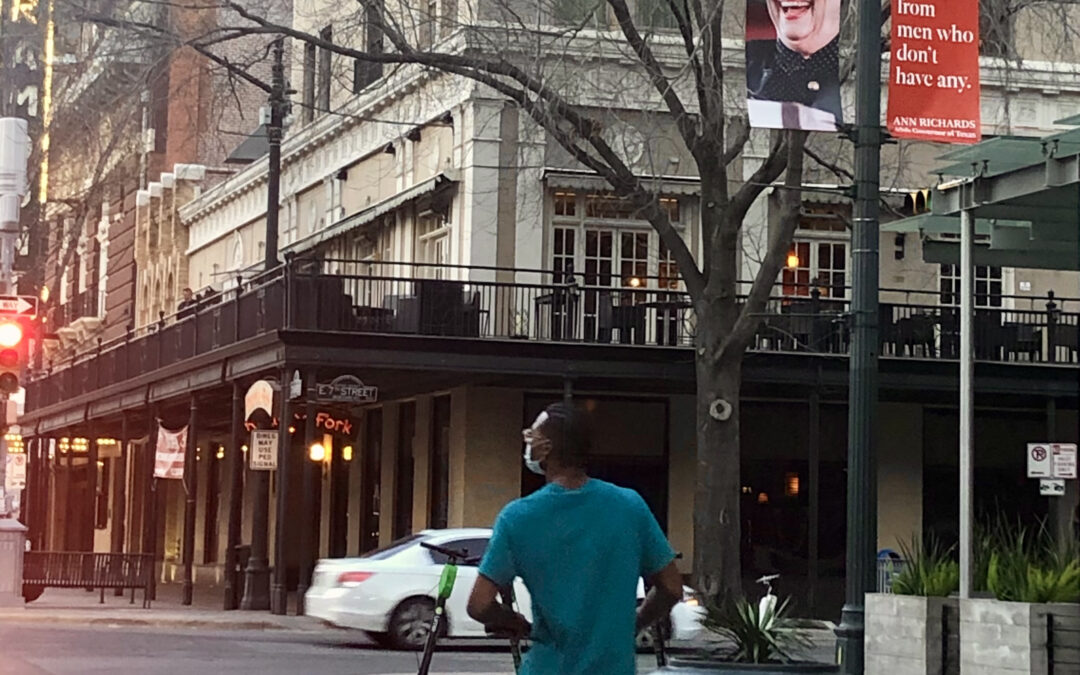 The Downtown Austin Alliance Foundation installed its latest Writing on the Walls public art installation during Women’s History Month in honor of Texas’ trailblazing, sharp-witted former governor, Ann Richards. Nearly 100 banners featuring a dozen quotes and images of the legendary governor have been installed along Congress Avenue, from the Capitol to the Ann Richards Congress Avenue bridge. The banners will be on display through the spring.

Richards is only the second female to ever be elected governor of Texas. Commemorating the 30th anniversary of her inauguration, the project also celebrates one of her legacies, the Ann Richards School for Young Women Leaders, which will receive some of the banners. A former social studies teacher in Austin, Richards had a vested interest in education, believing that it was the ticket to opportunity and equality.

Additionally, there is a fun photo op at Congress and 2nd Street with a life-size “Ann cut-out” of the iconic 1992 Texas Monthly cover of her on a Harley.