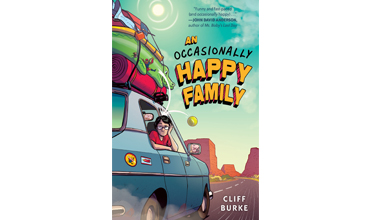 Indelible Ann has a fun folksy feel to it. Illustrator Carlynn Whitt is also a native Texan who captures Ann beautifully in her illustrations.

Meghan was in elementary school when Gov. Richards ran the state, and she was hugely influenced by having a woman in this prominent position: “Because of Ann, I never questioned that I couldn’t be the next female governor of Texas.” Her legacy is long-lasting and young readers, especially girls, will be inspired by her story.

Burke takes a deft approach to exploring familial grief, parental loss and embracing change as he describes the family’s first vacation since Theo’s Mom passed away. When his father’s secret new girlfriend appears, Theo must face his grief and talk to his dad before his family is forever changed.