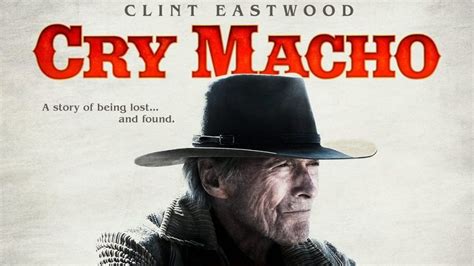 Among the many things I love about Clint Eastwood, chief among them is that he never makes the same movie twice. Even if you were to take the other two films in which he’s both starred and directed in the last decade or so (keep in mind, he’s directed eight additional films in that timespan), you’ll find interesting variations. “Gran Torino” (2008) is a re-examination of the tough guy persona Eastwood cultivated with “Dirty Harry” (1971), shown through a partly comedic lens; “The Mule” (2018), on the other hand, is a more somber road film in which Eastwood gets to play the outlaw.

And now, with “Cry Macho,” Eastwood has made a kinder, more elegiac kind of film. The actor isn’t particularly angry here – you’ll only hear his famous growl a handful of times – and the film is admirably content to sit in moments of solitude and peace. There’s a narrative here, certainly, but that’s not the primary appeal of the picture.

Mike Milo (Eastwood) is a former rodeo cowboy in Texas. Long since retired after injuring his back, Mike is kept afloat by his old boss, the rancher Howard Polk (Dwight Yoakam). As the story opens in 1980, Howard calls Mike in for a much-owed favor, to travel down to Mexico to retrieve Howard’s estranged teenage son, Rafo (Eduardo Minett), who is currently living with his mother. The reasons for Howard’s request seem simple enough – he wants to reunite with his son – but as Mike voyages below the border, we learn Howard has an ulterior motive.

The bulk of “Cry Macho” is devoted to the road trip between Mike and Rafo, who reluctantly agrees to join his father in Texas. That’s when “Cry Macho” slows down, taking a leisurely approach as the two men make detours along the way, including an extended stay with a small-town widow (Natalia Traven) and her grandchildren, during which Mike shows Rafo how to ride a horse. This slowing of the tempo allows for some beautiful scenes, chief among them a poignant late-night exchange in which Mike reveals to Rafo what happened to his now-deceased family. Watch the way Eastwood tips his cowboy hat down, obscuring his eyes. We simply hear the small, almost imperceptible choking up of this weathered character, who spends so much of the film keeping his guard up. Unsurprisingly, Eastwood plays it beautifully.

There’s no question that the film takes a bit of time for the full stakes to reveal themselves, but “Cry Macho” isn’t in a hurry to show all of its cards. We’re on a wistful, scenic voyage with a trusted leading man as our guide, and, to be frank, most of us aren’t there for the story so much as the opportunity to spend time with our cinematic friend. “Cry Macho” grants us that time generously.

I’m certain there are those out there who will decry “Cry Macho” as a hokey and rather old-fashioned picture. But that’s precisely why I love it. When a 91-year-old directs and stars in a film, I’m not expecting a hip and dripping-with-irony cinematic experience. Instead, I’m interested in seeing a film told from the perspective of someone with that many years behind him.

The truth is, getting older is something movies tend to avoid. When is the last time we saw a major motion picture starring a nonagenarian? A film told entirely from that person’s perspective? It’s a rarity, and it makes “Cry Macho” feel special.

“Cry Macho” is now playing streaming on HBO Max and playing in cinemas, where you can get the full experience of the film’s beautiful scenery. The film is rated PG-13 for some minor language, though it feels like it could have easily earned a PG rating. I would recommend the film for ages nine and above.