How to Have Difficult Conversations With Teens to  Reduce Suicide Risks 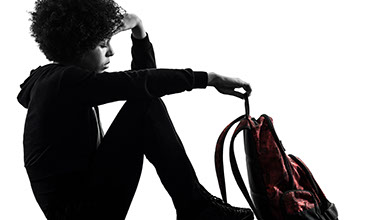 I had to hound my teen daughter to take a shower or simply change her clothes. I thought she was acting lazy. But when her therapist admitted her to the hospital for suicide risk, I learned that personal hygiene had been too much to ask. All of her energy went into facing the day. Her change in grooming habits was a major red flag for depression.

The key to lessening the risk of teen suicide is to establish open communication with your child and note behavioral changes. Such actions can become difficult during this time of tremendous growth and change as your child matures into a young adult. During National Suicide Prevention Month, I offer these suggestions to help begin those difficult conversations.

3 Ways to Reduce the Risk of Death by Suicide:

There is no suicide season. It happens year-round, and for every child, there are different stressors.

Ideally, parents are not coming out of the blue with questions like, “How was school today? Any thoughts about ending your own life?” That’s a bit jarring.

The goal is to set a routine of checking in with your teen and providing them vocabulary around their emotions along the way. It can be as simple as, “How are you settling in with freshman year?” Or maybe, “Anything about middle school have you feeling a bit lost?” Open the conversation — then keep asking.

Having difficult conversations with your teenager shouldn’t wait until things are in crisis mode. Dr. John Ackerman, a clinical psychologist and suicide prevention coordinator for the Center for Suicide Prevention and Research at Nationwide Children’s Hospital in Columbus, Ohio, says parents should “build up equity [with ongoing conversations] and check when things are good.” A teen needs to know where they can go for help. They may blow you off the first couple of times you ask, saying, “I’m fine, Mom, really.” Or maybe, “Dad, I just have a morbid sense of humor. I’m not suicidal.”

But Dr. Ackerman says kids will come to rely on your inquiries, even if they don’t respond. “Having the comfort of regular communication with your child is key. It helps to reduce the burden your teen may feel about any challenges they are having while providing them with a source of hope and support.”

Mom Mandy thought her son was an angsty teen. He hid in his room and wore long sleeves no matter the weather. It wasn’t until later when her son was in therapy that Mandy learned his chosen wardrobe was to conceal his self-inflicted cuts.

The first person to know that something is off is frequently a close friend of your child. Since many teens won’t confide in their parents, The Society for the Prevention of Teen Suicide says parents should be on the lookout for “marked changes in behavior, including withdrawal from friends or changes in social activities; anger or hostility; or changes in sleep or eating habits.”

The identification can be tricky. Extreme, fluctuating emotions are things adults write off as “normal teenage behavior.” While that’s true to an extent, Dr. Ackerman says that a teen’s brain is operating with a higher intensity of emotions and coupled with the worst ability to regulate those emotions.

He explains that parents need to understand that “teens may genuinely believe what’s happening to them at that moment is the worst thing in the world and will never get better.” Their performance in school is often tied to overall success in life, and that’s terrifying. Romantic breakups or the end of friendships can be devastating. Dr. Ackerman encourages parents to “take the perspective of the child and understand that this is their first descent into this emotional valley.”

While parents need to remain connected to their teens even if he pushes them away, not every emotional bump in a teen’s life is a suicide risk. For example, there are many reasons teen boys wear long sleeves besides self-harm. And some kids just hate to stop and take a shower.

But, parents should use these as opportunities to check in with their kids. By doing so, parents not only help their teens, but they also help themselves to remain aware.

Symptoms differ from person to person and can easily be missed. That’s why open communication and paying attention to “the overall pattern” of a teen’s behavior are important.

It’s all part of the puzzle. When in doubt, seek help. Talking to a school counselor or therapist never hurts.

Bonnie Jean Feldkamp is a wife, mother and award-winning columnist. She is the media director of the National Society of Newspaper Columnists. Find her on social media @WriterBonnie.