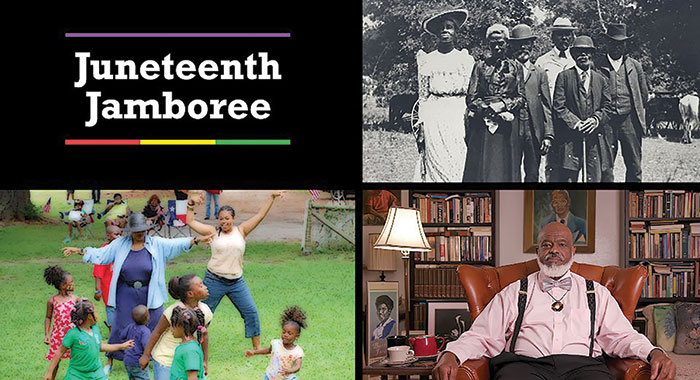 As we celebrate our second national Juneteenth this month, fine Texans will quickly say: a) the holiday first started here and b) some of us have been celebrating for over a century!

With Juneteenth leaping into national attention, I wondered how to talk to young children about the central issue of Juneteenth. After the conclusion of the Civil War, federal officials traveled to Texas to spread the word that slavery had ended, a message that many Texans were not eager to accept. So, for some kid-friendly answers, I turned to Dr. Daina Ramey Berry, Professor of History and Chair of the History Department at the University of Texas at Austin.

Dr. Berry suggests we lead by discussing slavery, which essentially forces others to work for free, and keeps them working through fear and force. Though we see this today as fundamentally wrong and illegal, slavery, particularly of Black Americans, was part of life on this land for 246 years. It lasted from the colonial period through the first 89 years after the U.S. became its own nation.

Juneteenth starts with the recognition that we as a country corrected a serious wrong. Juneteenth then offers an opportunity to give attention to the individuals and communities who were enslaved and who obtained their freedom. They used that freedom to go to school, take up new jobs, build communities and produce future generations of free Americans. Dr. Berry encourages us to examine the true stories and artifacts of enslaved and freed peoples at two online sources: People Not Property and UT’s own Teaching Texas Slavery. Austin PBS has 13 episodes of our own show, Juneteenth Jamboree, at austinpbs.org/juneteenth.
Happy Juneteenth, ya’ll!