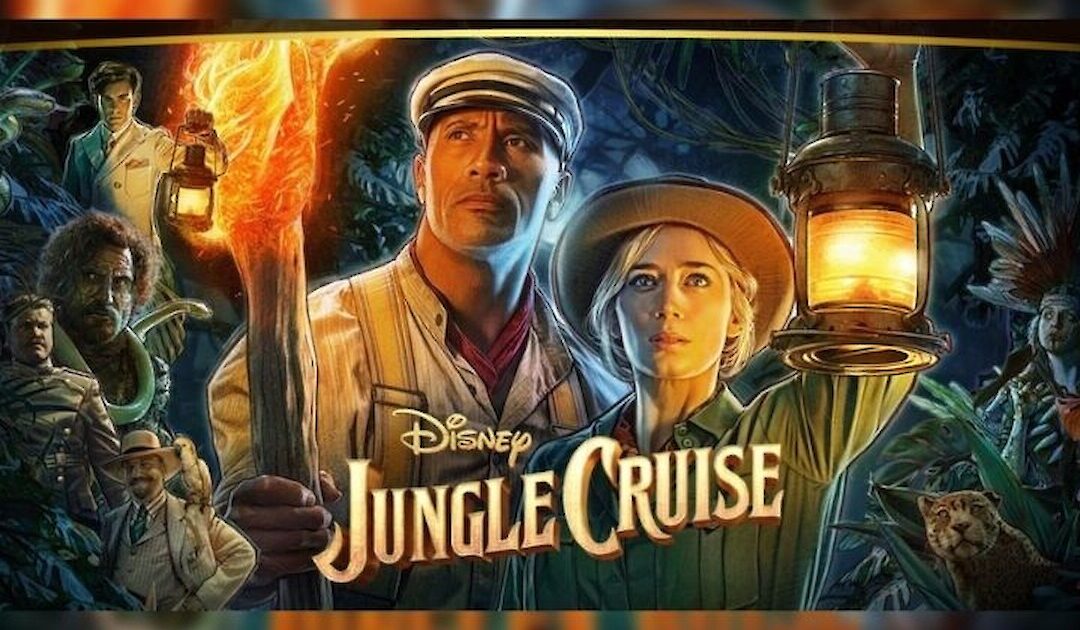 If the high bar of movies based on Disney amusement park rides was set by Pirates of the Caribbean: The Curse of the Black Pearl” (2003), then “Jungle Cruise” comes in somewhere slightly below that bar. It’s colorful, fun and a welcome diversion – which is to say, it offers the same moderate delights as the actual Jungle Cruise ride at Disneyland. The more I watched the film, the less I could remember if I’d actually ridden the ride. Many of the Disneyland attractions blur together in my mind, and I don’t think it will take too long for “Jungle Cruise” to do the same with any number of Disney’s recent IP titles.

On a cinematic level, there’s nothing here as memorable as, say, Johnny Depp’s Captain Jack Sparrow in “Pirates of the Caribbean (a performance so iconic that it’s easy to take for granted now – but at the time, it felt like someone put an arsonist in the middle of an amusement park advertisement). However, “Jungle Cruise” does offer Dwayne Johnson wrestling a CG jaguar, so I suppose there are some unique sights here.

The story, which is set in 1916, opens with Dr. Lily Houghton (the always-engaging Blunt) on the hunt for an arrowhead that can lead to the fabled Tears of the Moon, an Amazonian tree which is said to heal all wounds. Once Lily and her brother MacGregor (Jack Whitehall) procure the artifact, they need a riverboat guide to take them down the Amazon and into the jungle. Enter Johnson’s Frank Wolff, the black sheep of Brazilian tour guides. He impresses Lily with his survival skills (case in point – wrestling the aforementioned jaguar, though there’s a caveat to that), and soon enough, they embark on their journey aboard Frank’s Millennium Falcon-esque boat. While Lily’s intentions in finding the tree are noble, their adversary, Prince Joachim of Germany (Jesse Plemons), has more nefarious plans – namely, to use the tree to help the Germans win World War I.

Of all the adventure movies that “Jungle Cruise” harkens back to, such as “Raiders of the Lost Ark” and “The Mummy,” one that’s practically embedded in its DNA is John Huston’s “The African Queen” (1951), which was a major inspiration for the Jungle Cruise ride when it first opened in 1955. If your kids respond well to Jungle Cruise, treat them to this equally family-friendly classic. After all, Humphrey Bogart and Katharine Hepburn were navigating these waters with aplomb before Johnson or Blunt were even born.

“Jungle Cruise” is currently playing in cinemas and is available on Disney Plus for a $30 surcharge (on top of the subscription fee). Depending on how many folks are in your family, it may very well be more cost efficient (and fun) to see it in a cinema. The film is rated PG-13 for adventure violence, most of bloodless. I would recommend the film for ages 10 and above.