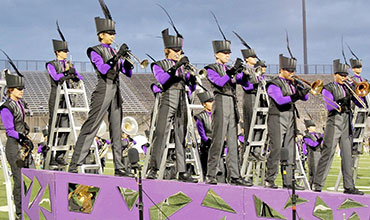 Competing against the best in Texas, Round Rock ISD’s Cedar Ridge High School marching band earned seventh place in the 6A division during the University Interscholastic League State Marching Band Contest. The competition was held at the Alamodome in San Antonio. The Raider band performed its show entitled “Superstition.”

The Jaguar football team from Austin ISD’s LBJ High School made it to the state 4A Division I championship game, making the team the first from AISD to play for a state football title since 1973. It was also the first time in LBJ’s history.

In Eanes ISD, the Westlake Chaparrals made it to the 6A Division II state football championship for a third consecutive year