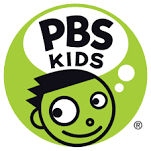 Rosie’s Rules premieres nationwide this month on PBS KIDS and it’s a big deal for us in Austin. It has been a long time since PBS KIDS had a show embedded in Mexican-American culture. Remember Maya & Miguel? How about Carrascolendas? If you peer in a little closer, you will see clues that Rosie and her family are Texans to boot! Yee-haw! (Please let your California friends down gently.)

The idea that kids benefit from seeing positive role models of their cultures in media has long been a central feature of PBS programming but it has recently taken a big step forward. In addition to Rosie, PBS KIDS has just revealed a new roster of highly diverse characters with a wide range of skin tones, outfits, hairstyles and assistive devices. This has created real excitement among kids – they can find the ones that most resemble them, and they can identify those that resemble others in their lives.

There will be those among us who will miss Dash, Dot, Del and Dee, the green characters that have been with PBS KIDS for over 20 years. But the chance for all kids to find themselves and their friends on-screen is immediately more fun, and will hopefully have a deeper impact.