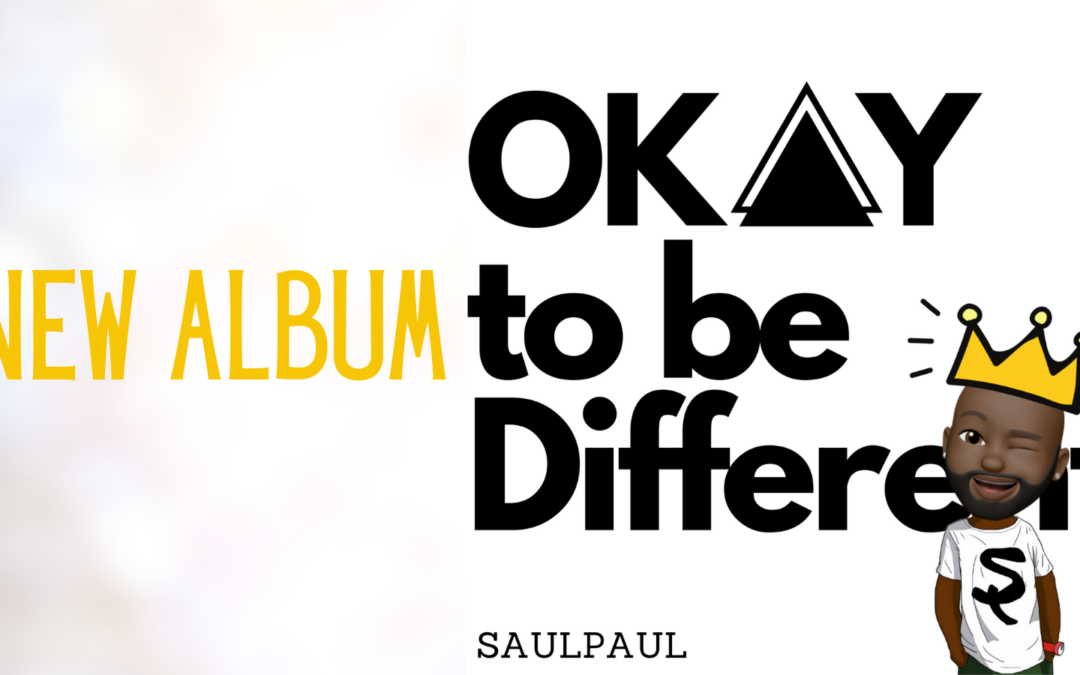 Austin – SaulPaul, whose “infectious hip hop” (New York Times) has made him a rising star in the indie family music scene, released Okay To Be Different today with 8 Pound Gorilla Records. He also released a new and inspiring music video for graduates: “Ace It!”

Told with SaulPaul’s signature wit and wisdom, all seven original songs on Okay To Be Different open the listener’s mind to possibilities, delivering messages of acceptance and understanding. Overall, the messages of the song “Be Myself” ring throughout.

“This album is all about the heart and mindset,” the Austin-based artist says. “My goal is to inspire kids to celebrate their individuality through acceptance of others and self-confidence. If I had to describe each song with one word, I’d list them as Joy. Hope. Heart. Friendship. Energy. Inspiration. Motivation. The basic message is to love yourself and love others.” As his friend Tommy Soulati Shepherd of the twice Grammy-nominated group Alphabet Rockers says, “SaulPaul continues to serve the community. He comes from the same place as the people he’s talking to.”

The lyrics deal with important growing-up issues like self esteem and friendship. “Live and Learn (featuring Candy Coburn)” is a soft and reassuring ballad, encouraging listeners to “let your light shine on the world.” “Champions” and “Ace It!” offer uplifting messages and irresistible beats to celebrate the end of this challenging school year. In fact, “Ace It” was commissioned by the E3 Alliance for their Attend. Commit. Engage campaign. The song and music video were created to inspire students struggling during the pandemic. Similarly, the theme of overcoming obstacles with the help of a good friend is reflected in “Call Me.” And “Ready Set Go (feat. Nikki B)” is a rocking tune about letting go of stress and giving one’s best.

SaulPaul collaborates frequently with other artists, appearing recently on the Alphabet Rockers’ Grammy-nominated album The LOVE, and on Hola, Amigos: Songs of Friendship by Latin Grammy winners 123 Andrės. SaulPaul’s 2020 album Be The Change received praise on National Public Radio, Billboard and The New York Times, along with continued international radio play. Picking up where the last album left off, this new release is joyful and uplifting, taking kids on a happy and hopeful adventure. Be the Change is also the title of SaulPaul’s memoir of overcoming his many life challenges.

SaulPaul’s frequent presentations for educational and professional associations include several TedTalks, including this latest Be the Change talk. He is active with the Recording Academy (GRAMMYs) and works tirelessly to uplift other BIPOC artists with organizations like Family Music Forward, Kakuza Fest and the Children’s Music Network. Having been a featured performer at SXSW, the Kennedy Center and “America’s Got Talent.” For the second year, SaulPaul and special guests will present a virtual “Be the Change” graduation party, set for May 22nd. The free event is open to all. RSVP on the Be the Change Network page at: https://btcnetwork.live/classof2021/.