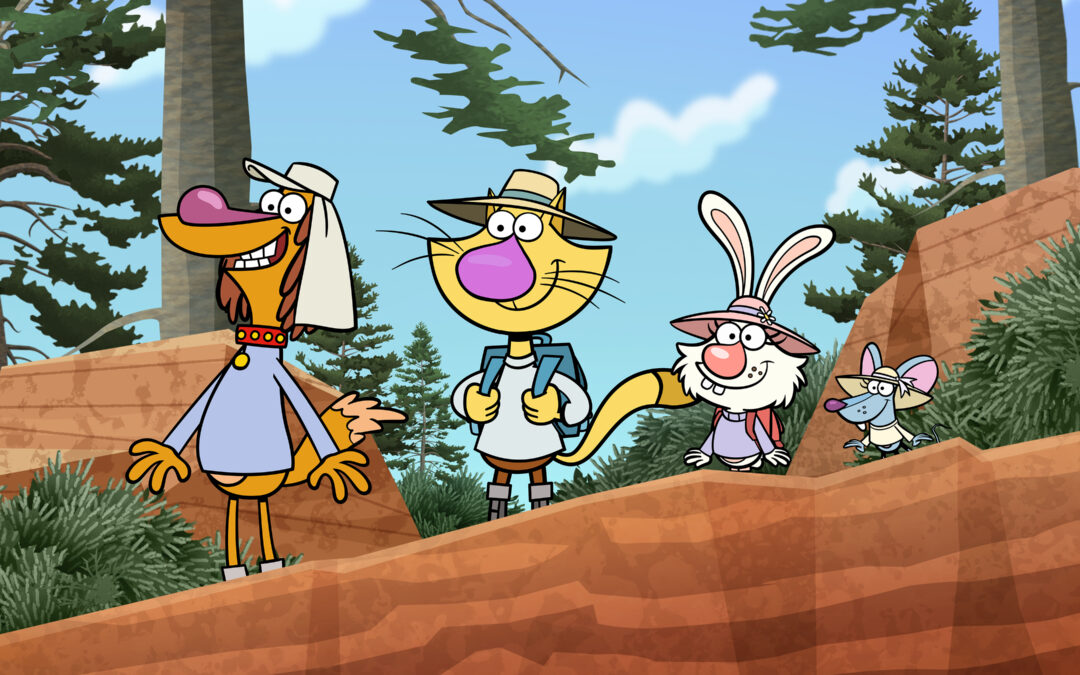 Ah, it’s springtime, when the plants are in bloom, the animals are frolicking, and young minds turn to… exactly what they were doing all winter.

No! That’s not right! We want to shake things up! But our kids are not always ready to follow our lead, especially if they have developed some well-worn habits.

With my own kids, I have tried the tactic that my parents used on me: “Go outside and don’t come in until dark.” But I think our kids are much better at identifying hypocrisy than we were, so that message usually doesn’t go anywhere. Sometimes, we just have to accept our roles as role models and get up and out for some badly needed outdoor time. If your home is like mine, there may be groans and cries of, “Are we done now?” Yet, in the end, everyone is glad to have made the extra effort.

If you are amenable to the idea of using smart devices in outdoor activities, Pokémon Go will surely have kids roaming neighborhoods in greater numbers. PBS Kids has the free Nature Cat Outdoor Adventures app (phone and tablet), which encourages outdoor explorations and observations. WGBH, the PBS station in Boston, has created a whole series of free science-oriented apps for iPads called Early Science with Nico and Nor. It includes a Plants Journal app for tracking progress in the garden, or budding filmmakers can make this spring’s next great action film!