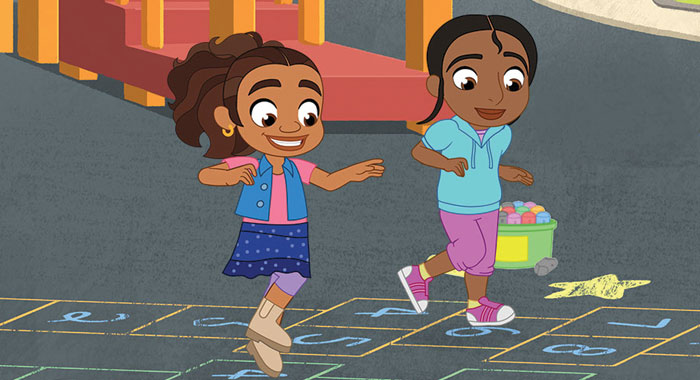 There are so many different ways to play, each with its characteristics and strengths. We tend to think of play in its most open-ended form, when kids are in a setting (such as a playground, a bedroom, a swimming pool), often with other kids, and they seize the freedom to create what they want. People, places and things get transformed into whatever kids want them to be in order to serve the story they are creating. Really important things happen during this kind of play – language exploration, role rehearsals, conflict and negotiation, and hopefully, lots of laughter.

Another kind of play is bounded by lots of rules and limited choices. This sounds negative, but that’s how most sports and video games operate. In this type of play, you’re immersed in a world that’s not like daily life and given the challenge to get better at doing something while following the rules. Success implies you have acquired a skill set useful for that game. Educational games have a double sense of “winning” – not only do you acquire skills for that game, but along the way you pick up skills for learning and life.

Between these two poles of play exist tons of options for being playful while remaining in the “world as we know it,” whether singing, writing, painting, cooking, filming or dressing up the dog. I find that we often ignore this rich world of possibility by focusing on the two powerhouse worlds of play described above.

Here’s my wish for the summer: lots of play and playfulness for all! If you’re looking for ideas, check out pbsparents.org and click on “Play.”

Ben Kramer, PhD, is the director of education for Austin PBS.