The Mitchells vs. The Machines 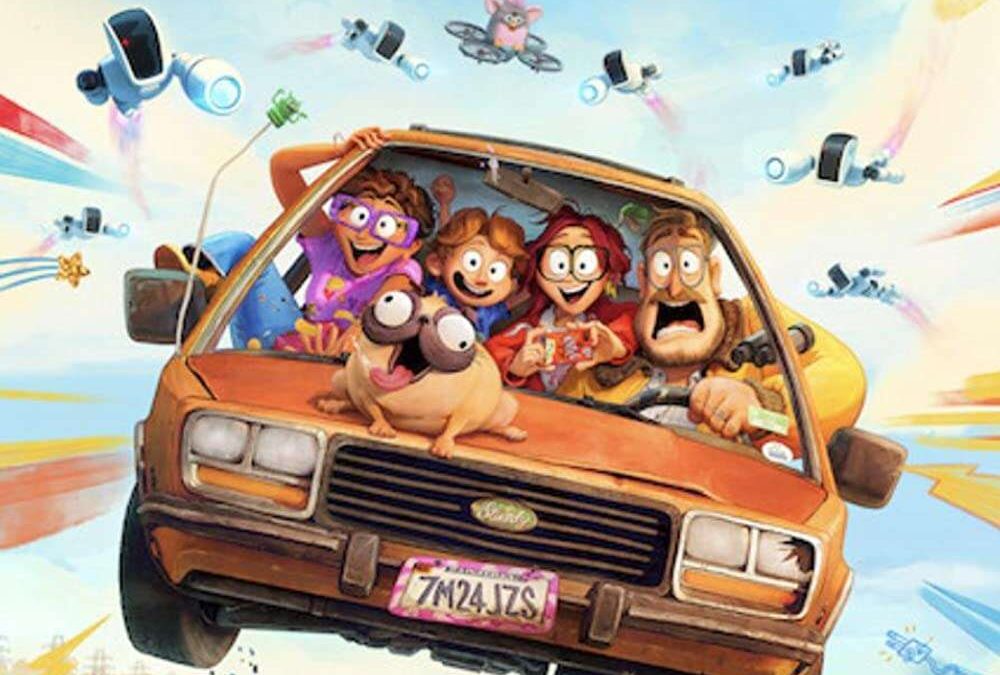 The Mitchells vs. The Machines, the latest Sony Animation offering from producers Phil Lord and Christopher Miller (who brought us the Oscar-winning Spider-Man: Into the Spider-Verse), is a lively, entertaining film packed with the self-referential and somewhat “meta” qualities characteristic of Lord and Miller’s other work.

As a film school graduate, I was intrigued immediately by the premise – overly-creative teenager Katie Mitchell (Abbi Jacobson) is accepted to the prestigious California College of Film, and classes can’t begin soon enough. Her father, Rick (Danny McBride), doesn’t understand her filmmaking ambitions, and her mother, Linda (Maya Rudolph), is forced to mediate between the two of them. In the midst of constant bickering about her future, Katie finds herself counting the days until she can escape her house and be with her “people” at film school.

The night before she’s set to hop on a plane for college, Katie and Rick have one of their fiercest arguments yet that results in the destruction of Katie’s laptop. Linda presses Rick to find a way to make peace with his daughter before she departs – and thus, Rick decides to cancel Katie’s flight and take the entire family on a weeklong road trip to Los Angeles (which, in turn, will make Katie miss her orientation). With this, the fractured family climbs into the car with their dog Monchi, and off they go!

The Mitchells vs. The Machines has an excellent setup for a dysfunctional family road trip film. But there’s a second storyline arising about Silicon Valley visionary and PAL Labs CEO Mark Bowman (Eric Andre), who is about to release his latest gadget – a smart phone that walks, talks and looks an awful lot like a robot. At the product launch, he flippantly disposes of the outdated PAL (Olivia Colman, doing her best Siri), which proves to be a mistake as the launch immediately turns into a full-on PAL takeover.

As you’d expect, the Mitchells aren’t far into their road trip when the robot apocalypse begins, and the rest of the film largely consists of the family using their various skill sets – most notably, Katie’s filmmaking talents – to outsmart the machines and work together to save the world. Along the way, they team up with a pair of defective robots, have a lengthy battle inside a mall and encounter a swarm of evil Furbies.

The film is a wild hybrid of Pixar-esque family adventure, high-concept science fiction that manages to be both about and, in terms of its style, a product of smart phone addiction. There are a lot of ideas bouncing around, which is both admirable and slightly dizzying. The Mitchells vs. The Machines basically wouldn’t exist if we didn’t have the internet – and your tolerance for the film may depend on how you feel about that last sentence.

While I can’t say the frenetic energy of the picture is as focused and sharp as Lord and Miller’s The Lego Movie, this is still a winning family film about the value of working together. You can watch The Mitchells vs. The Machines on Netflix now. It is rated PG for light action sequences, none of which are objectionable for children over 8 years old.