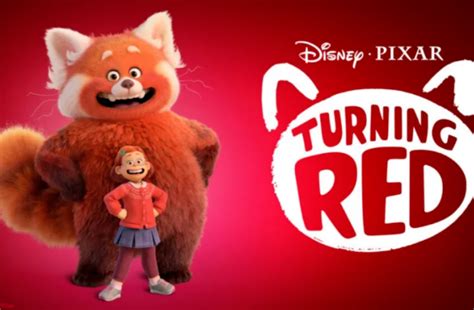 “Turning Red,” the latest film from Pixar Animation Studios, continues the studio’s admirable tradition of tackling tricky subject matter from which other family films shy away. They accomplished this beautifully with “Inside Out” (2015), which dealt with the mental health of a young girl, and “Up” (2009), which opens with a famously heartbreaking depiction of spousal loss.

With “Turning Red,” director Domee Shi (who made the wonderful animated short “Bao”) has crafted Pixar’s allegory for puberty. The film introduces us to 13-year-old Meilin (Rosalie Chiang) – the straight-A, obedient daughter of Ming (Sandra Oh) and Jin (Orion Lee). Meilin’s family owns a temple in Toronto, which is both an open attraction for the public and a tribute to the family’s ancestors.

One morning, Meilin wakes up to find that she has transformed into a giant red panda – an affliction that has been passed on to all of her female ancestors when they reach adolescence. Suddenly, the once-obedient Meilin becomes highly emotional and rebellious – and must try to keep her inner panda suppressed until the next Red Moon, when the family will hold a ritualistic ceremony to cast away the panda for good.

If turning into a panda is a metaphor for puberty, that’s an interesting starting place – but it’s not quite enough to sustain an entire feature film. That’s why the movie pivots away from the puberty allegory fairly quickly and deals almost entirely with the more fantastical elements of the story – to fairly mixed results.

While the supernatural elements of “Turning Red” are visually striking, none of it particularly meshes with what Shi is trying to communicate about adolescence. The narrative is further muddled by an attempt to tie in a popular boy band concert, which is meant to represent a test for Meilin, but ends up feeling like something from an entirely different movie. After a while, I felt the filmmakers were twisting every which way to explain the convoluted logic and reasoning behind the series of events unfolding, and in the process there’s very little fun to be had.

“Turning Red” is rated PG primarily for its allusions to puberty. The appropriateness of the film may vary depending on how comfortable parents feel about discussing this topic with their children within the context of an animated film. For that reason, I’d recommend the film primarily for pre-teens and above, though I am sure younger viewers will be entertained by the sight of multiple large pandas running amok in Toronto. “Turning Red” is now streaming on Disney Plus.