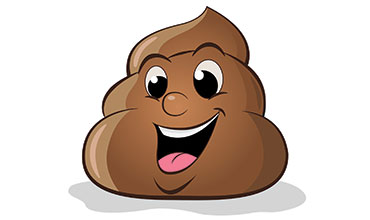 As much as I love the holidays, I loathe January with equal fervor.

Some months remind you of colors. January is the color of baby poo. Its very existence birthed the shade of ochre. Not everyone gets an official holiday in January. The shortest month of the year has two holidays. One with a president!

January is so fresh. So new. So squeaky clean with that extra week and everything. Sure, New Year’s is fun. But let’s face it, the aftermath isn’t pretty. And the whole resolutions thing is a spiral of shame countdown.

The kids are extra grumpy. Who can blame them? Visions of sugar plums have melted down the drain, replaced by the stark hell of back to school and cold mac and cheese lunches. Parents aren’t far behind with work catch-up and breaking in another January in stretchy pants.

I hate waiting for February. And I hate the bills arriving that I charged in a George Bailey stupor of jubilee. I hate the never[1]ending pile of recycling. And the sad streetlights, naked of tinsel or anything fun, switching from red to yellow to green in their ordinary, timely fashion. I miss the garlands, the haphazard Santas, and that nonstop Mariah Carey song that’s paved new neural pathways in my forever altered holiday brain.

I hate the whole stinking month.

I hate that this column is taking forever to write. And that my fingers hurt from typing out so many things that I dislike about January. I’m aging thinking about the Januaries yet to come. And the ones I’ve endured so far. But as I fire off my laundry list of January unpleasantries, I’m reminded that time marches on.

Unlike the long, slow slog of January.

Cate Berry is an Austin-based children’s book author and mother of two. She also teaches writing workshops for young people at cateberry.com.