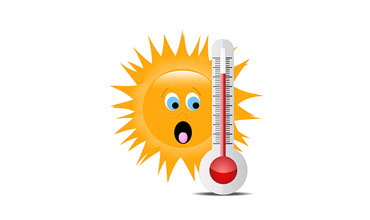 Fun fact. When Texans move back home after living abroad (abroad meaning anywhere but Texas), we often forget our main reason for leaving: the heat. When I moved back, lo 20+ years ago, I, too, had forgotten. So in early September, my boss attempted to comfort me. “Don’t worry, we always get relief the second weekend in October.”

I paused. October? I had been living on the east coast. Sweaters were already in the Gap. My L.L. Bean catalog presented ski boots. So surely, waiting for “relief the second weekend of October” was laughable. I pressed him to retract.

“Nope,” he remained firm. “Second weekend in October, we’ll get a bit of cool.” Cool meant cool front, surely. As in, from Canada or one of those geese-departing places. I pressured him again, but my confidence was melting. Texans start to remember at this point. The fifth level of hell: hot fall.

“Nope,” his truth rang out. “October.” Now I was desperate for Planet Denial. I heard myself beg, “Okay, but it’ll be a cool front in the 50s, at least, right? Like, we could wear socks again, right?”

“Nope. Hope for the 80s.” I gaped. “But don’t worry,” he smiled, as I suffered a mini-stroke inside. “You can really feel the difference between 100 and 90 in October.” And with the joy of St. Nick, he trotted away in flip-flops and a muscle tee.

And so, every year as we slog closer to the second weekend of October (my favorite holiday), I try and hold out hope. Hope for a good school year. Hope for an easy ride through the holiday season. Hope for more Reese’s than Skittles in my kids’ (mandatory-sharing) Halloween loot.

And hope for an October “cool front” below 100.